A Recorder Designed for a Multi-Camera Production Environment

introduction： Hi! I'm Hazel, I'm familiar with the video production such as scriptwriting, videography, non-linear editing, and live video streaming. Used to work in a college, I was responsible for several learning projects. Being passionate in the AV industry, I'm willing to share my knowledge with you. 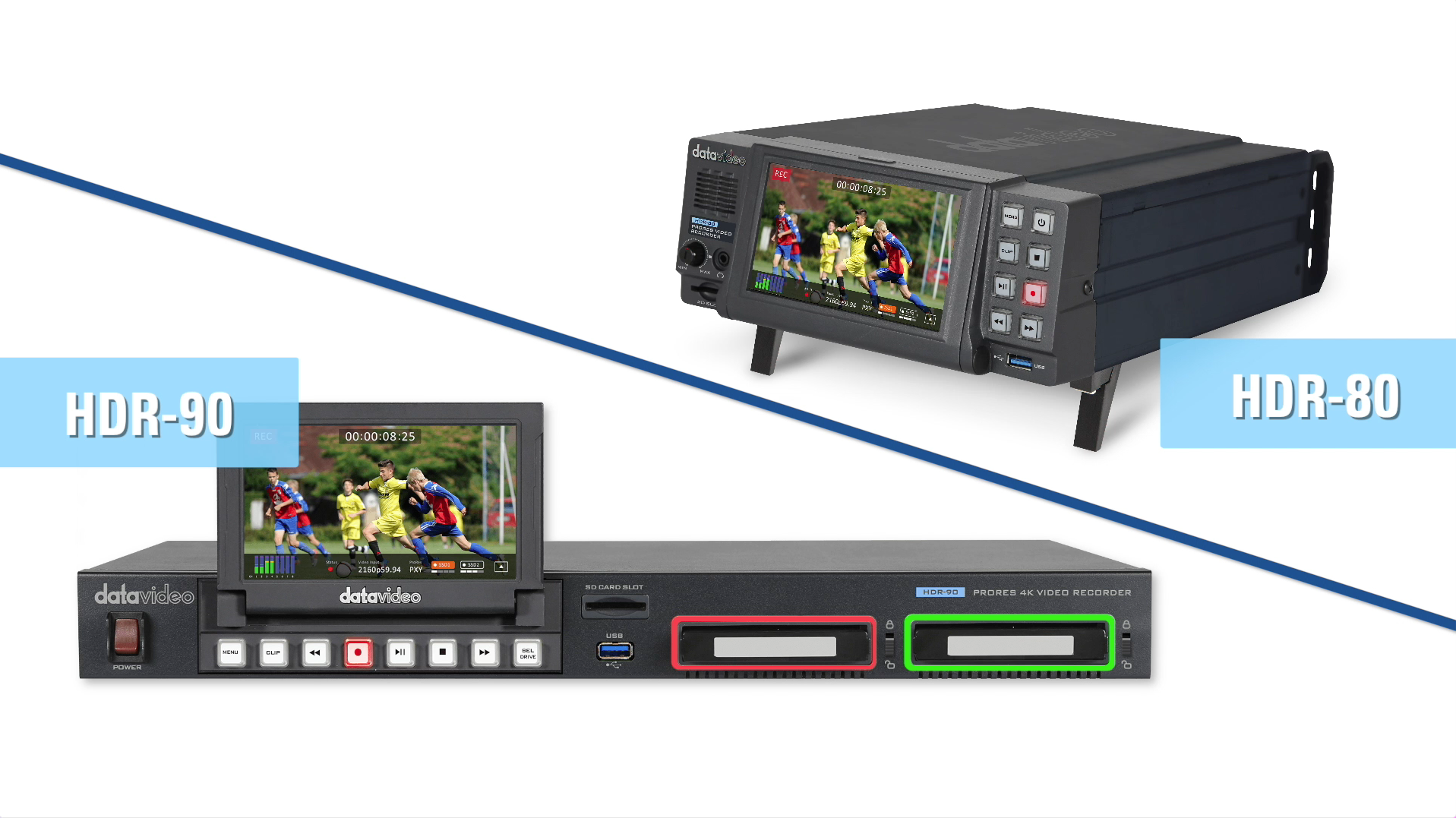 HDR-80 and HDR-90 are two functionally identical recorders. They differ in terms of physical appearance. The HDR-80 is a desktop recorder and the HDR-90 is a rack mount.

HDR-80 is a ProRes 4K recorders that record video on two SSD hard drives. The recorder has a high resolution 5” LCD touch screen on the front for video monitoring, device settings and configuration. 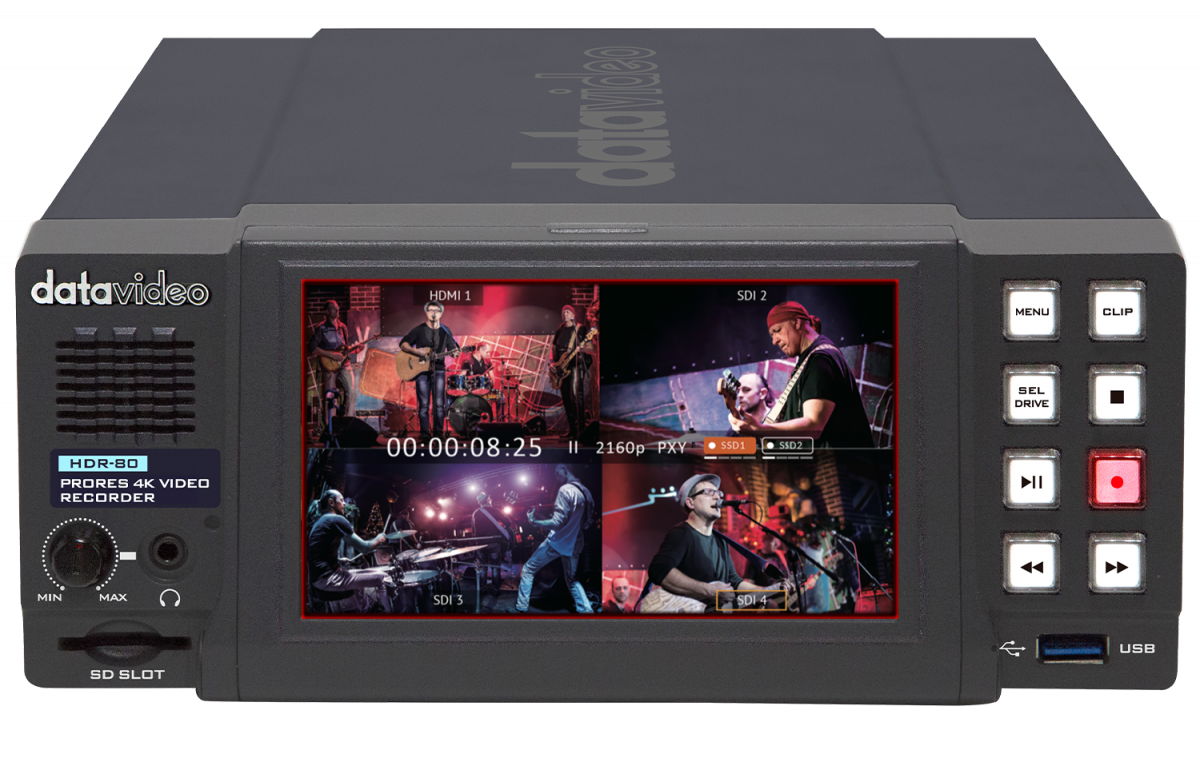 Supports one 4K HDMI input, one 12G SDI input, and three 3G-SDI input as well as video outputs with embedded audio.  Audio input can be embedded into the video for output playback thus making HDR-80 the device for live event broadcast.

Not just for a single-camera setup, HDR-80 can record up to four 1080p60 streams simultaneously to separate ProRes files. All files are synced with the same time code, making it easy for tracking during post-production.

The HDR-80 is not only a ISO recorder, it can also be used as a four channel HD video switcher. Display all four sources in quadview, you can cue and simply tap the touch screen to switch seamlessly between cameras. PGM output can even be used for live streaming. 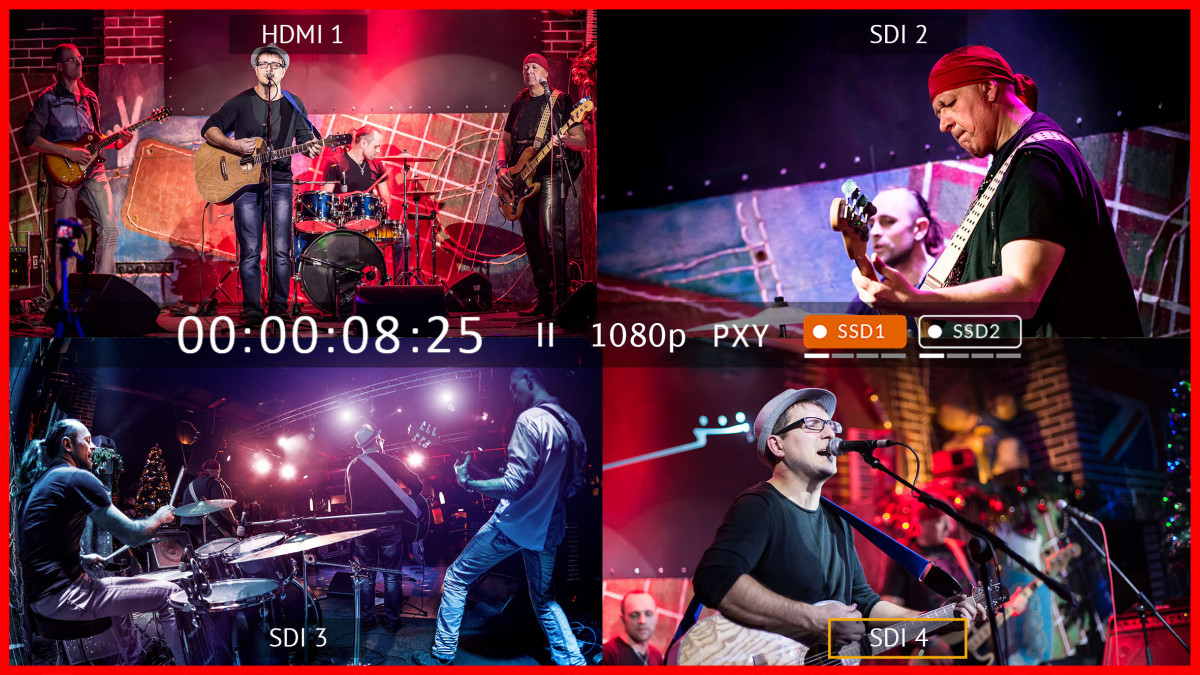 What you will learn

The appearance and operations of HDR-80
How to record, playback and delete clips through HDR-80

Who is suitable for this course

Anyone who would like to learn about the Datavideo HDR-80/90 Recorder.

Standard to pass this course

3. How To Playback & Delete Record Files

The evaluation will not be displayed yet because it has not been reviewed by 5 students yet
Can only be evaluated when 1/3 of the course is completed
{{ total }} Message(s)
We use cookies on this site to optimize the pages that you view. By continuing to use this site without changing your cookie preferences, we will assume you consent to the use of these cookies. Learn more